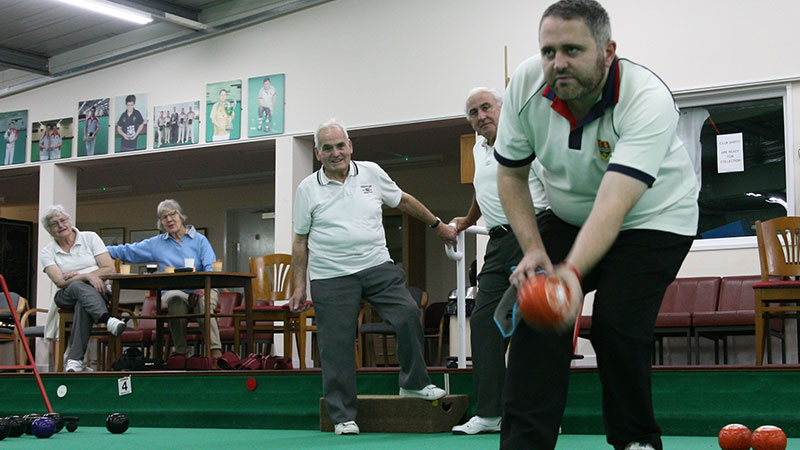 Bowls is an excellent social game for all ages and abilities

We are a long established club and we offer the chance for you to take part in a friendly and welcoming environment in which to participate in an extremely addictive sport. Whether you are new to bowls or are an experienced player, young or old, there is sure to be something here for you.

We know the game has a stigma of being a game for the older generation, but younger players are coming into the sport, but we do need more to keep the sport alive. It’s an excellent social game and an ideal game for the younger element who do not like contact sports i.e. football, cricket, rugby and such, but wish to be involved in a team sport.

People with disabilities may also be able to join in the game, and in some cases be able to play and compete with the able bodied players on level terms. We have a club coach who would be on hand to teach the rudimentary rules of the game. 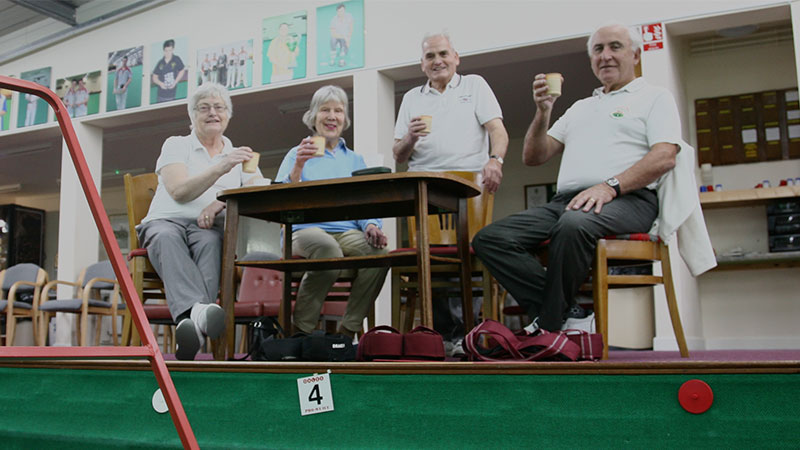 Our 6 rink indoor bowls hall was opened in November 1986 and the carpet is very accurate and no known runs. It is the only bowls hall in the country with TV screens and Cameras on each rink. We are one on the most successful bowling clubs in the country boasting several National titles.

We have a Club Shop that can supply your needs at very reasonable prices. Please try out the Bowls before you consider to buy.

The main winter season runs from September through to April. Many bowlers move to their outdoor clubs in the Summer, but we have an enthusiastic core who continue to enjoy their game indoors. 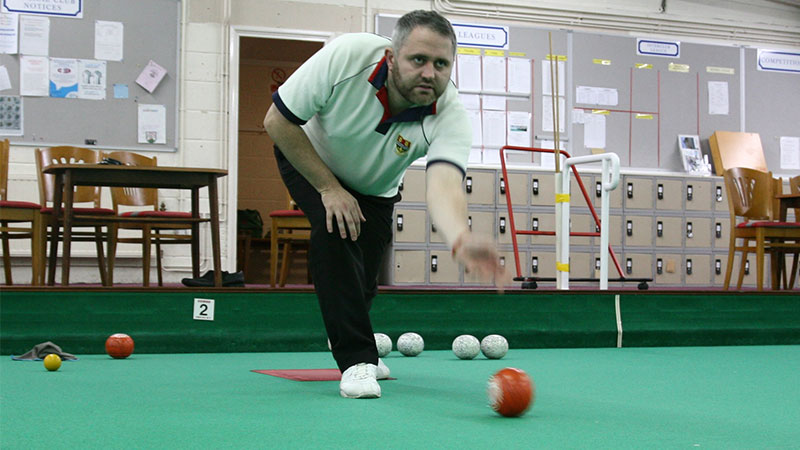 Below are the Winter Leagues, next year we hope to reinstate the Friday Night Aussie Pairs League and also offer a Monday afternoon Triples league. There are also Summer Leagues on Tuesday and Thursday Mornings 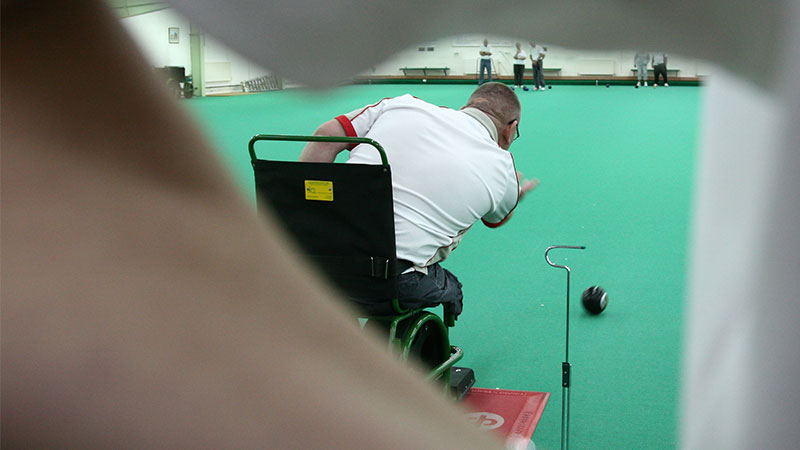 Morning – Aggregate be there by 9:30 am. Anyone can play and the scores for each week is added to their aggregate.

Afternoon – 12:00 pm Doug Lucas Roll-Up. Fun event, anyone can play, draw is made for rink and place to play within the Team.

Afternoon– 12:00 pm Doug Lucas Roll-Up. Fun event, anyone can play, draw is made for rink and place to play within the Team.

Evening – 7:00 pm Yardstick 2 hours. Fun evening anyone can play drawn for rink and place within the Team to play.

If you are new to game we have a club coach who would be on hand to teach the rudimentary rules of the game. Or if you are searching for some additional tuition please enjoy the advanced coaching from our very knowledgeable friendly coaching team.

The Malvern Hills IBC has a thriving Bowls Shop. Selling the following:

The aim of the Shop is to provide bowls equipment at very reasonable prices. We will take your old bowls and sell them on your behalf and only retain £5 commission of the price obtained.

Malvern Hills indoor players Mark Atkins and Eira Drake have qualified for the English Indoor National Mixed Pairs Championships to be held at Hartlepool on February 22nd. In the area final, played at Mid- Gloucs, Cheltenham, Atkins and Drake played Teresa King and Duncan McGovern from the Clarrie Dunbar Club, Frome Somerset. The Malvern pair won 7 of the first 8 ends to build a healthy 13 shots to 3 lead, going 19-6 up after 13 ends to win through 22-11.

Atkins and Drake were looking to do the double, playing with Allan Griffiths and Linda Dunmore in the Mixed Fours event, at Westlecot, Swindon, against former Commonwealth Games player Graham Shadwell, and his rink from Clarrie Dunbar. Malvern were 6-4 up after 6 ends but then Clarrie Dunbar took control to take the next 6 ends with the game finishing 19-10 in the favour of Clarrie Dunbar.

Current England International Shaun Jones of Malvern Hills IBC qualified for The National “Champion of Champions” held at Warners, Hayling Island, Hants, but went out in his first game, 21-9 to Chris Rodgers of Leicester, in the last 16 stage.

Players are still involved in various other National competitions so keep watching these pages for further updates and good luck to all!

Atkins qualified for the Final stages held at Spalding,Lincs after winning the Worcestershire, Herefordshire, Gloucestershire and Somerset regional rounds. In the first game he defeated Ray Nash of the Moonfleet Club,Dorset on a tie break and then in the Quarter-Final won comfortably 2 sets to nil over Dan Cawthorne of Gallow,Norfolk. In the Semi-Final Atkins held the upper hand against local player David Bristow of Sleaford,Lincs winning 2 sets to nil which set up a rerun of last years Final against Connor Cinato of Kingsthorpe,Northants.

Atkins was in top form and took the first set 11,2. Cinato got back into the game in the second set and led 7,2 with 2 ends to play. Atkins drew well to score 2 shots on the penultimate end to need 3 on the final end. Atkins put 3 Bowls within 6 inches to force Cinato to play weight taking out 1 of the scoring Bowls. With his last Atkins drew within 18 inches forcing Cinato to play weight again, missing the target for Atkins of Malvern to tie the set and claim the title.

Atkins will now represent England in the British Isles event in Llanelli and the World Under 25 Singles in Australia. We all send huge congratulations to Ryan for this great achievement and wish him the best of luck in all future competitions both here and abroad.

A lovely afternoon at the Indoor bowls Christmas party

Good competitive bowls – Men v Ladies (the Men winning this year – with the help of some of the ladies!)