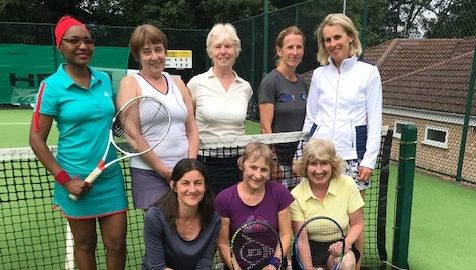 18 pairs competed in the Manor Park Charity Tennis Event in aid of St. Richard’s Hospice and £550 was raised for the Charity.