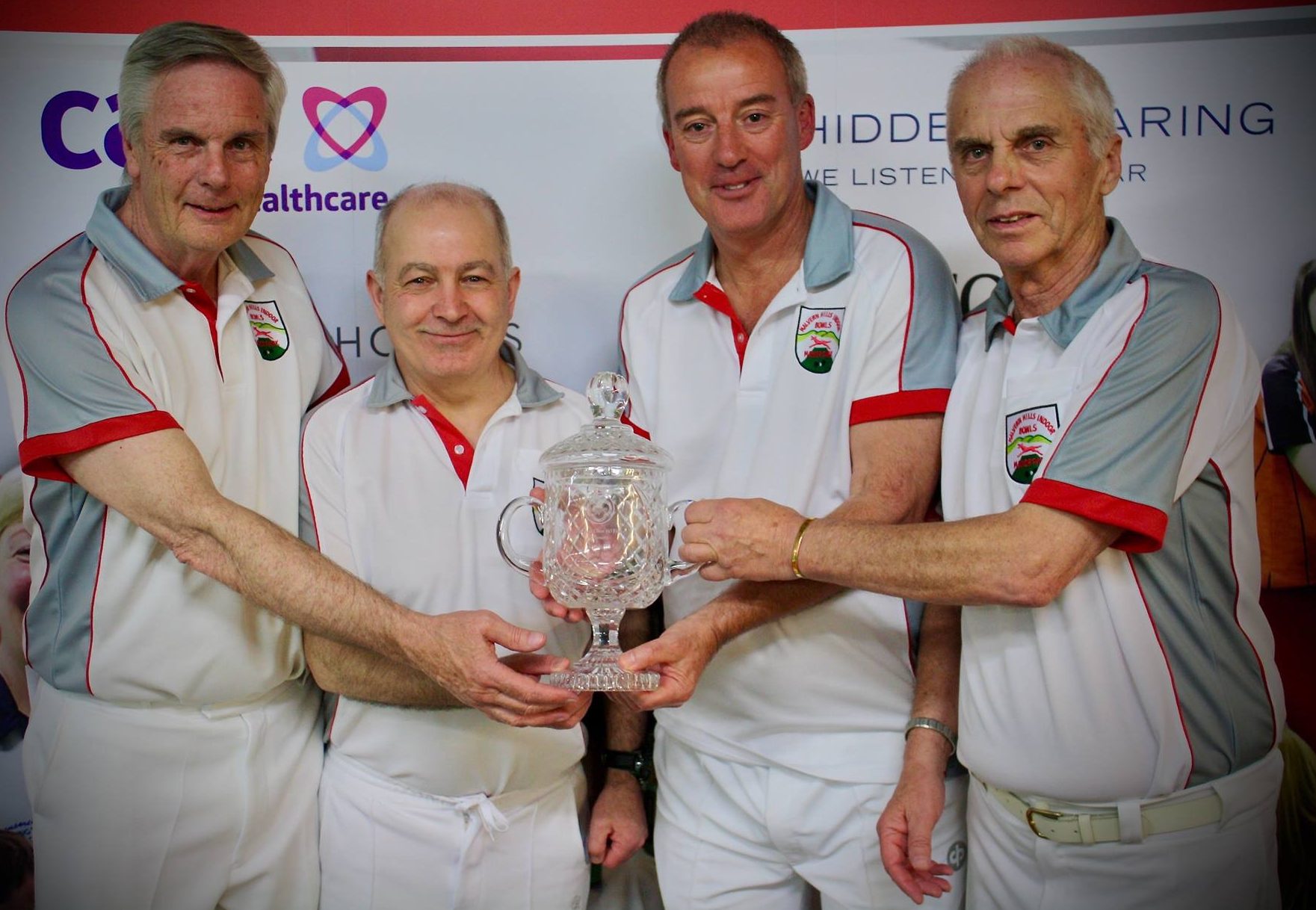 After winning through to the area final they beat a team from Somerset to reach the National Finals, where in their first match had a difficult match against a team from Clacton winning by one shot on the last end.

In their second match they ran out easy winners against a team from Plymouth by 24-15.

The following morning in the semi-final they were up against the team that had just knocked out last years winners and boasted having an England International in their team, but this did not phase the Malvern team as they produced a great performance winning by 18-5 with 3 ends to play.

The final against Tye Green, Essex, saw some very impressive bowling with Malvern moving 6-3 ahead after 5 ends, then losing the next two ends to go 6-8 behind before producing some excellent bowling to move 14-8 in front after 10 ends, and then going on to win 23-10.

They now go on to represent England in the British Isles Indoor Bowls Championships at Llanelli, Wales, next March.

Brian Macnamara and Martin Smith also qualified in further events, Brian in the Men’s Over 60 Singles, where he was unfortunate to lose his first round match 20-21.

Martin who qualified in the Men’s Over 60 Pairs with playing partner Martin Griffith’s, had a good run producing some really good play beating teams from Exonia, Devon, and local team Nottingham, before just losing their semi-final match to the eventual winners.