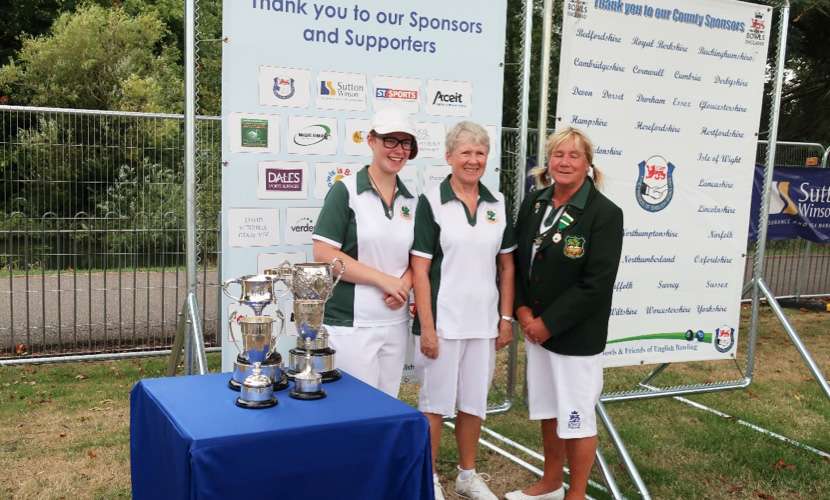 There were thirty-six entries for the Worcestershire County Ladies Pairs competition in 2018. Emily Jones and Julie Morgan from Manor Park Bowls Club were successful in reaching the final at Pershore BC in July. They finished runners-up against very strong opposition but both finalists were eligible to compete at Leaminton in the Bowls England National Championships in August. Emily and Julie won their first game and narrowly lost in the second. However it was a terrific achievement to get to that stage and both described it as a great experience.